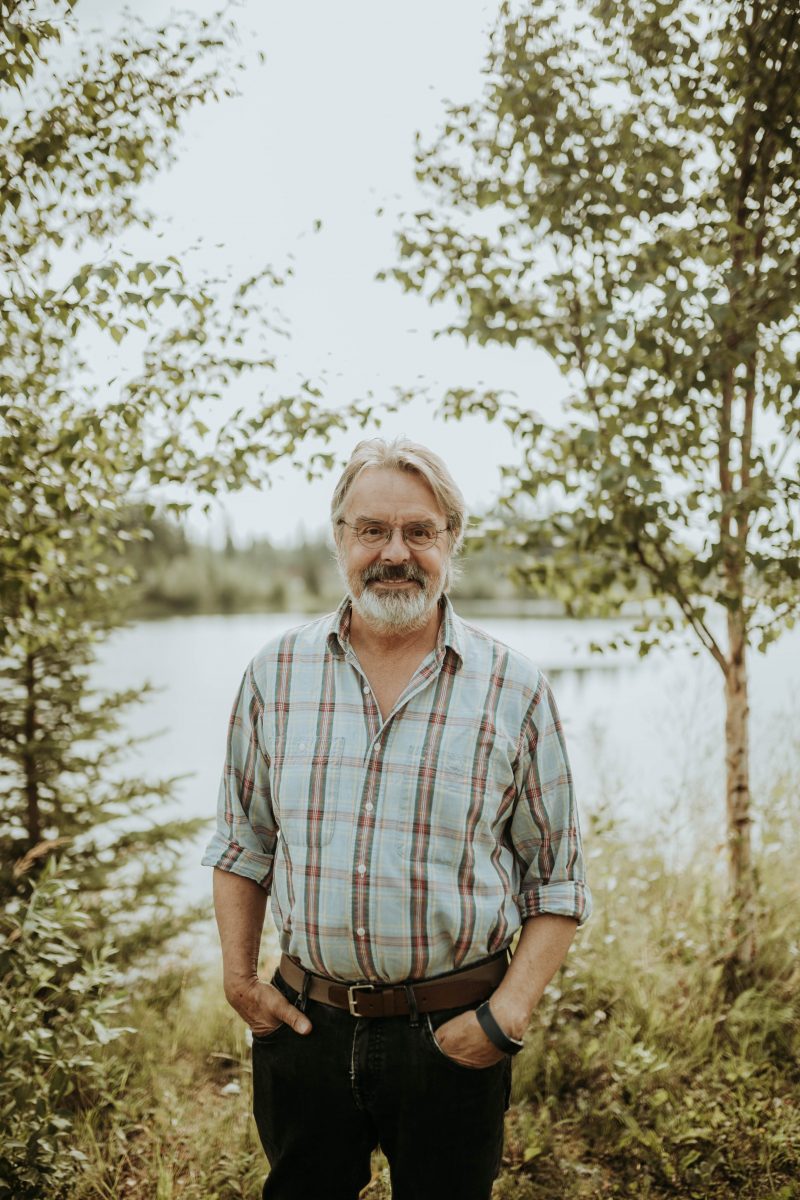 David moved to Alaska in 1977 from South Dakota. After working for the Alaska Railroad in Anchorage, as a king crab fisherman in Dutch Harbor, and working with the people of the remote Pribilof Islands in the Bering Sea, he turned his focus to mushing. In 1981, he joined forces with fellow musher, and future wife, Susan Butcher to train and race in the 1,000-mile Iditarod. Over the years, David and Susan built Trail Breaker Kennel into the premier racing kennel in the world. He participated in many races throughout his career, most notably winning the 1,000-mile Yukon Quest in 1988. For over 20 years, David has educated visitors from around the world as part of the Riverboat Discovery tour in Fairbanks. By welcoming guests to Trail Breaker Kennel, David has been able to share his incredible journey as a musher in one of the harshest environments in the world. 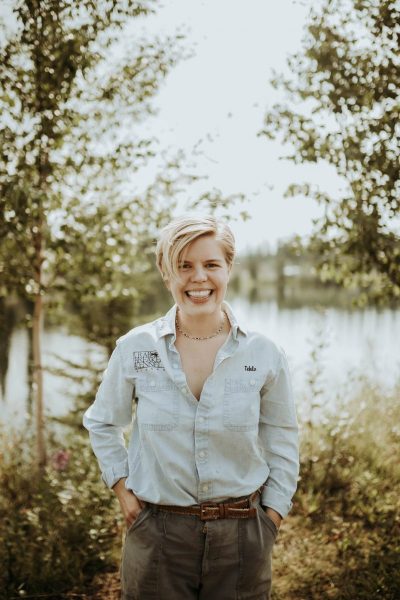 Tekla, David and Susan’s eldest daughter, was born and raised in Alaska. For many summers, she has welcomed guests who stop by Trail Breaker Kennel on the Riverboat Discovery tour. After graduating from Wesleyan University in Connecticut with a degree in Theater, Tekla spent a year in New York City doing scenic and costume design for theater. Tekla recently moved back to Fairbanks to work as the Creative Director at Trail Breaker, while also independently pursing her many artistic passions.

Tekla has been mushing since childhood. She remembers being taught how to drive her own one-dog team by Susan at the age of five. In 2006, at the age of 11, Tekla mushed 700 miles of the Iditarod trail with her own eight-dog team. The trip honored and celebrated her mother’s legacy on the Iditarod trail. Tekla, and her father, David, traveled with racers and visited villages that Susan has stopped at numerous times throughout her career. In 2012, Tekla repeated the trip when her sister Chisana turned 11. In 2021, Tekla participated in her first competitive sled dog race, a 200-mile race along the Denali Highway. In 2022 she competed a team if Trail Breaker dogs in the 300 mile Copper Basin Sled Dog Race. Tekla plans to continue training the dogs at Trail Breaker Kennel for mid-distance races throughout the state of Alaska. 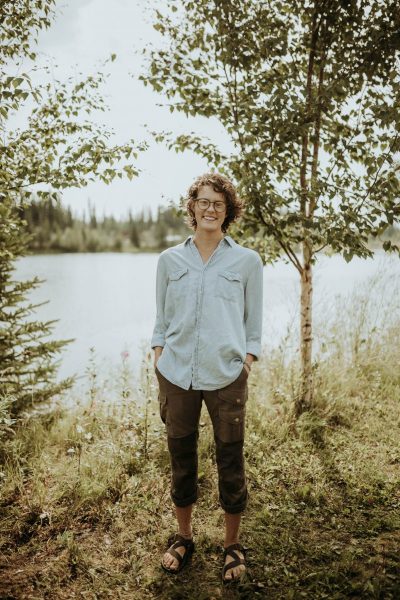 Chisana, David and Susan’s youngest daughter, grew up in Fairbanks. She spent her childhood exploring Trail Breaker’s property and finding new ways to express her creativity. After graduating high school a year early, Chisana spent a semester studying in Nepal. In 2019, she began studying at the New England Center for Circus Arts in Vermont. With an emphasis on the Cyr wheel and aerial silks, she hopes to work toward a performance career in the circus arts. In the summers, Chisana travels back to Fairbanks to work with her family at Trail Breaker.

As a child, Chisana was taught how to mush by her mother and father. In 2012, at the age of 11, Chisana mushed 700 miles of the Iditarod trail with her own eight-dog team. Joined by her father and sister, she mushed along the trail honoring and celebrating her mother’s legacy. 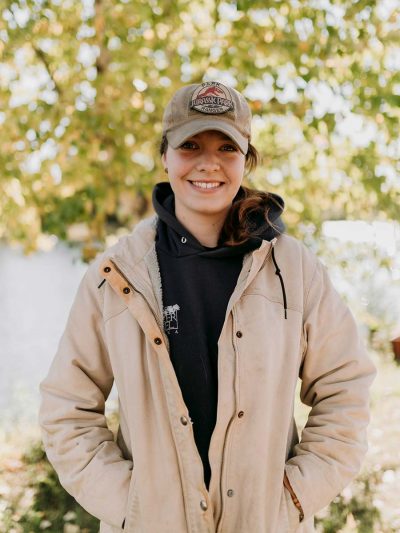 Katrina grew up in Washington state and has always had a love for the outdoors. An avid mountaineer, Katrina frequented the trails of Washington. After attending Cornish College of the Arts in Seattle, she decided to move up to Alaska in 2017 in search of fewer people and more wilderness to explore. Katrina joined the Trail Breaker Kennel team in the summer of 2018. During her time in Alaska, she has completed the Valley Finale dog sled race. Katrina lives in Fairbanks, Alaska with her two Alaskan huskies while she continues handling and preparing for future sled dog races. 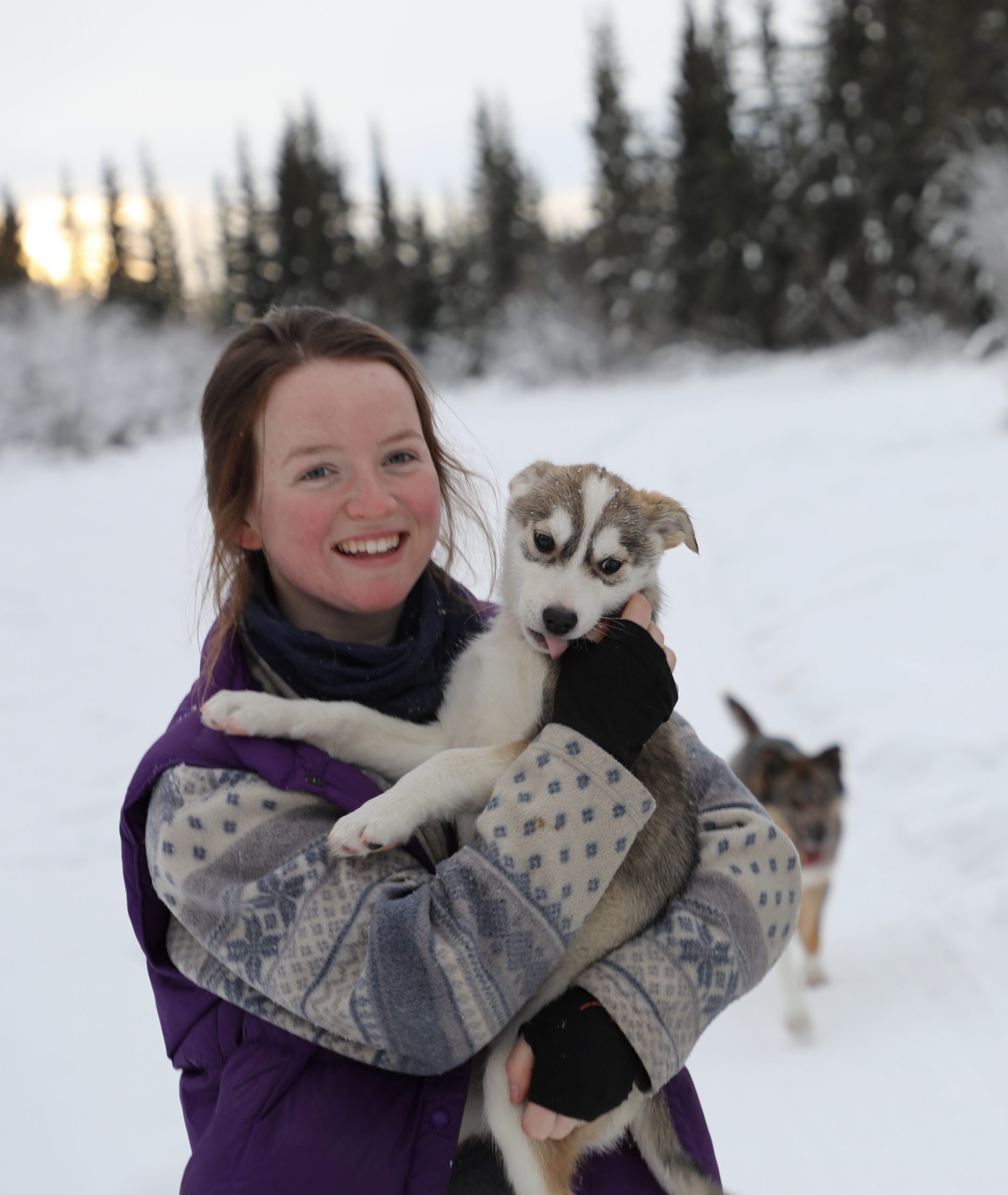 Kiana was raised in Galena, a small village on the Yukon River. She grew up mushing dogs with her parents at Borealis Kennel and ran her first one-dog race at the age of five. After watching her dad run the Iditarod, she knew she wanted to continue working with dogs and someday race a team of her own. At the age of 18, Kiana left Galena for Oregon, where she got her associate degree in Liberal Arts. She joined the Trail Breaker team for the 2020/2021 season, helping with tours and training a race team. In March of 2021, Kiana ran her first 200-mile race along-side Tekla. In February 2022, Kiana ran a team of Trail Breaker Kennel dogs in the Willow 300 Sled Dog Race. 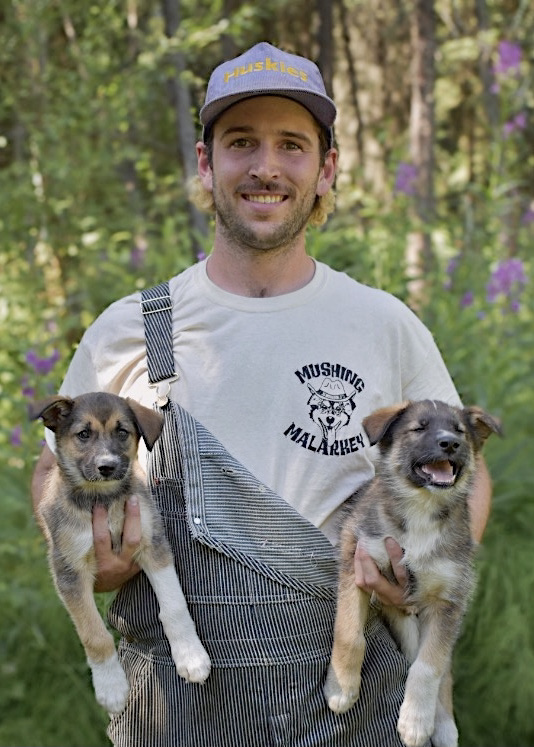 Originally from California, Joe moved to interior Alaska in 2017 for grad school and began building his kennel, Mushing Malarkey. He has participated in multiple mid-distance races as well as completing his first Iditarod race in 2022. When not training for races Joe enjoys camping trips, mountain biking and hiking with his dogs.

Tori was has lived her whole life on a remote homestead on the Tanana River in Alaska, where her family lives a subsistence lifestyle.  This includes fishing with nets and fish wheels, gardening, and hunting wild game.  Their cabin also serves as a school, since Tori is homeschooled.  All of Tori’s life, her family has owned a sled dogs that are used as leaders when they train various other mushers’ pups.  Before Tori was born, her parents operated an 80-100 dog kennel while her dad Charlie Boulding raced competitively.  In 2022, Tori ran the Jr. Iditarod and Willow Jr.100 with a team of Brent Sass’s yearlings that she trained since they were pups.  She placed 4th in the Jr. Iditarod and 1st in the Willow Jr. 100. 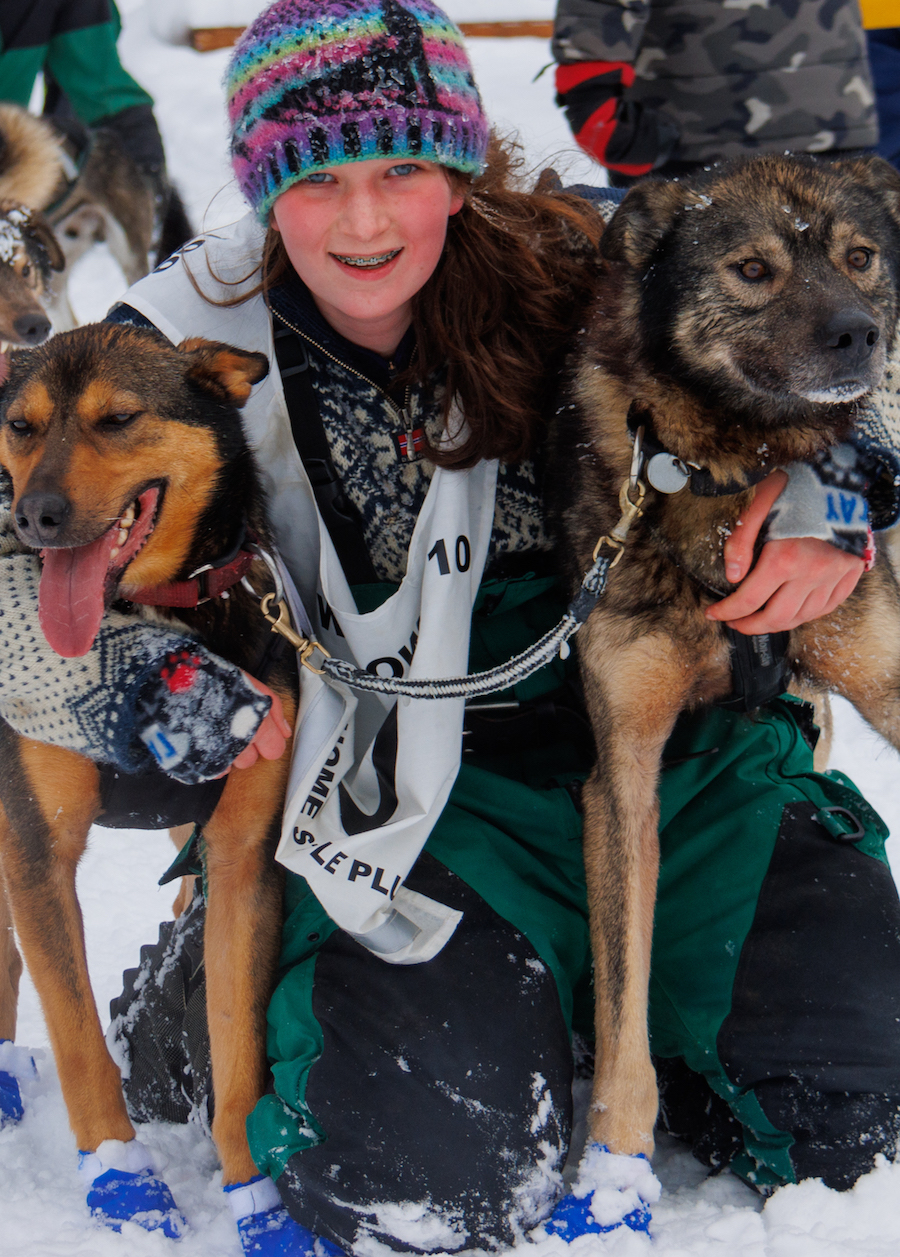 Jr. Tour Guide
Emily, born and raised in the Fairbanks area, is an Alaskan girl.   She grew up in a dog mushing family and has been raising Alaskan huskies since she was old enough to hold puppies.  Emily looks forward to the dark, cold winters in Interior Alaska because then she can run dogs with her dad.  This year she competed with her dog team in the ACE race, Minto Sprint Race, Willow Jr 100 and in her first Junior Iditarod.  She won the Jr. Iditarod by six seconds!   As the 2022 Junior Iditarod Champion, Emily has been working to promote the sport of youth mushing and hopes to inspire more young people to race dogs.  She manages Robinson Racing Kennel with the help of her parents and plans to keep racing through her high school years.   Emily also enjoys summer adventures on the Tanana River, fishing in Valdez and camping.   She plays old time fiddle and is learning traditional Alaskan river songs. 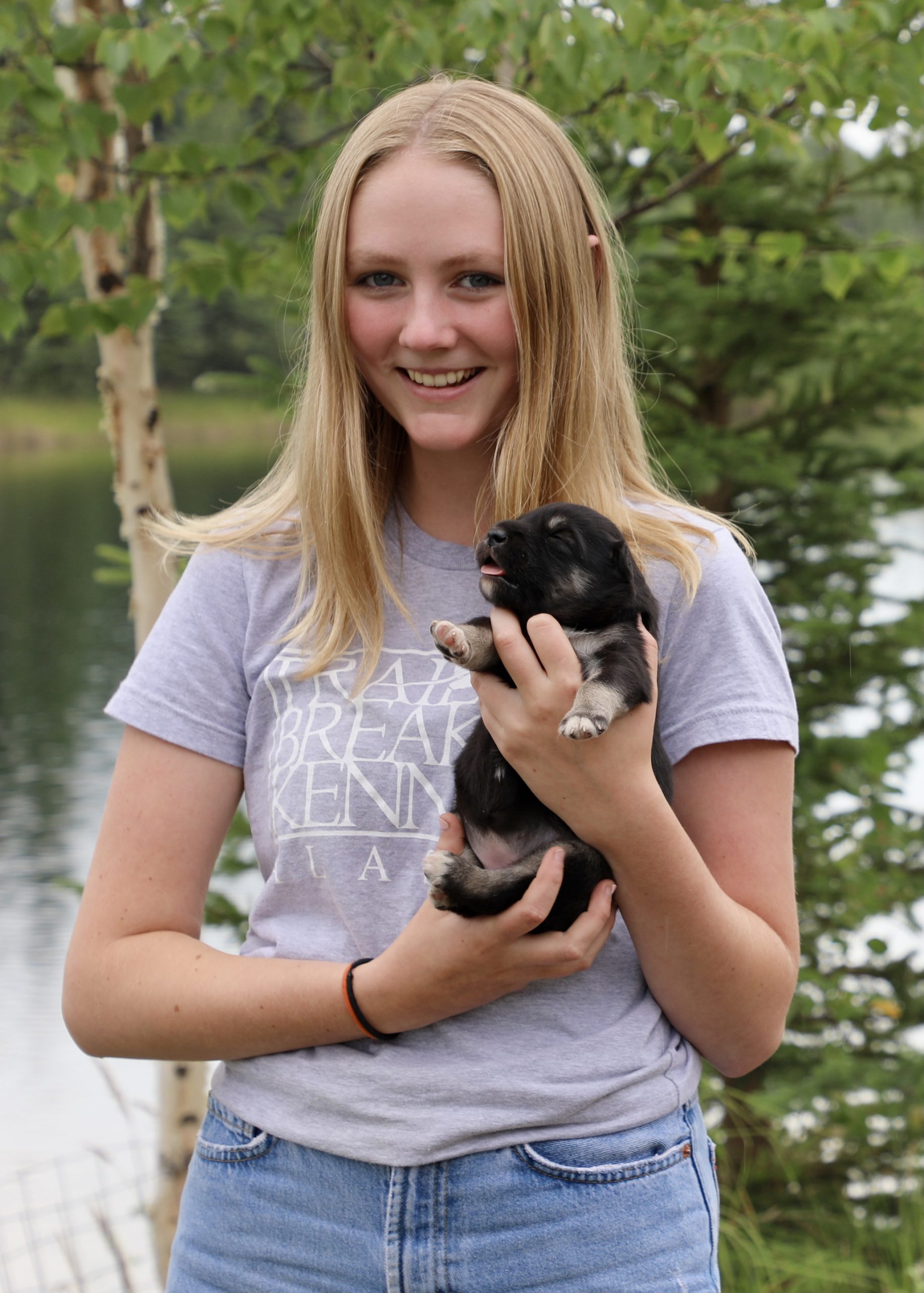 Skye, born and raised in Fairbanks, Alaska, has always had an avid love for dogs and the great outdoors. When she joined the crew at Trail Breaker in 2019, she found the perfect spot to meld those two loves. Currently a rising freshman at Tufts University in Boston, Massachusetts, she spends her summers in her home state of Alaska doing her favorite things: hiking Angel Rocks, playing with the husky puppies at Trail Breaker, and staying up late to watch the midnight sun. 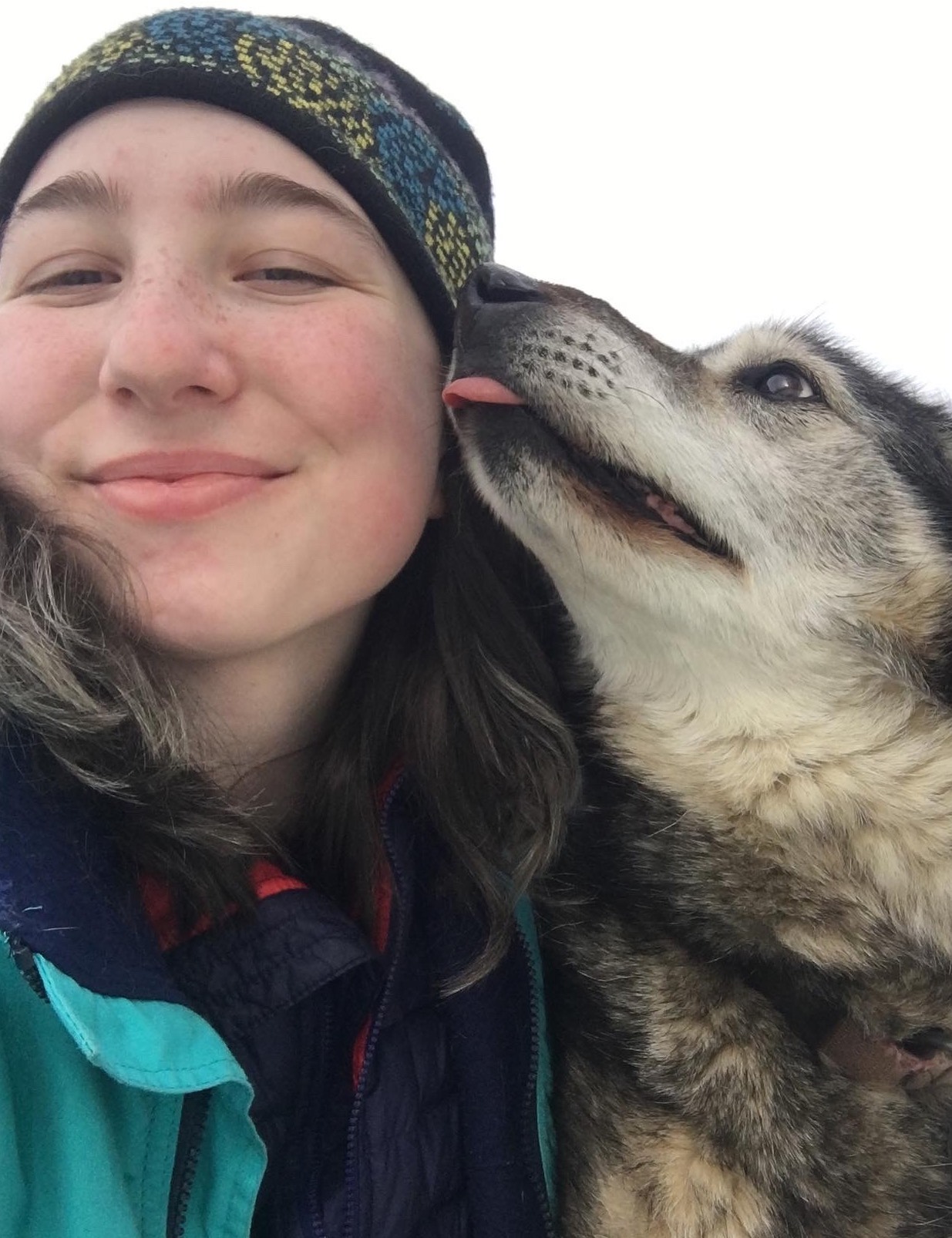 Dog Handler
Rachel is a multi-generation Alaskan, born and raised in Fairbanks. She graduated with honors from West Valley High School in May 2022. She loves animals, creating all kinds of art, camping, hiking, and travel. Rachel first rode in a dogsled on a winter family camping trip when she was 6 months old, with one of her older brothers holding her while her mom mushed the team. Her parents sold the family’s dog team when she was a toddler, but she became reacquainted with the sport and lifestyle this past winter working at Frisky Pups Kennel in Two Rivers. Rachel plans to attend the University of Alaska Southeast in the fall, majoring in Outdoor Studies. 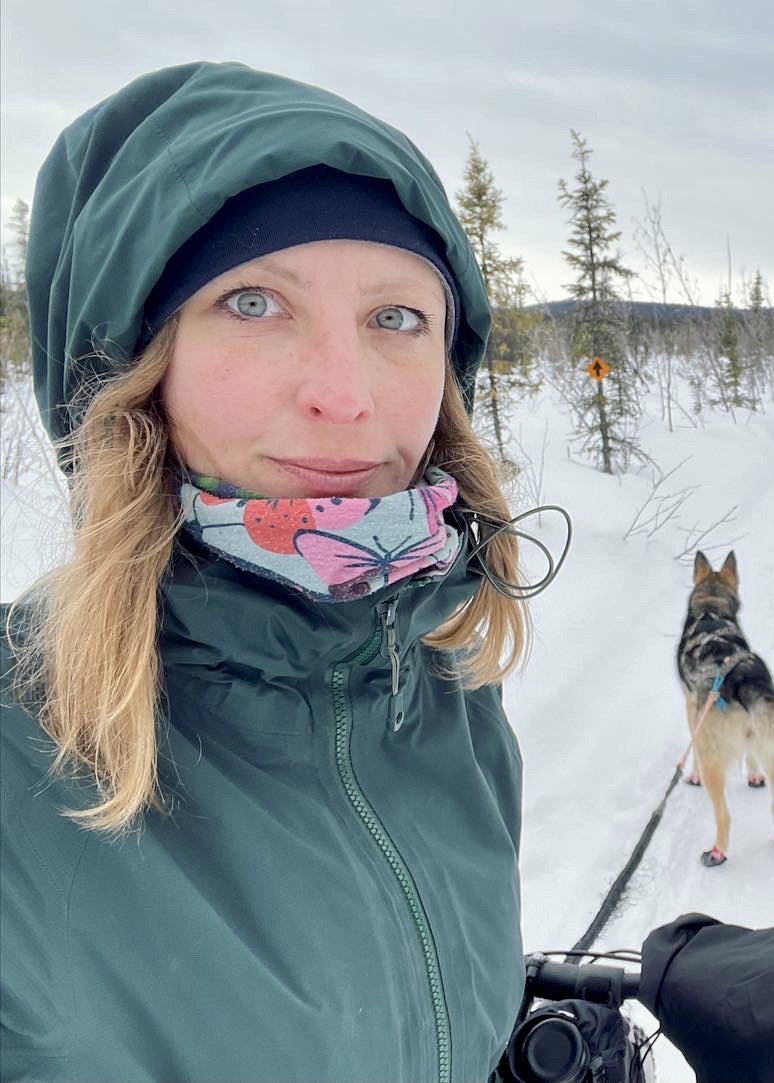 Born and raised in Scandinavia, Ida decided to call Alaska home after years of traveling the world and living in many different places. With 6 years of living in Alaska year round, she is confident and thankful in her decision to work, live and grow in this wonderful place. During her time in Alaska Ida worked in tourism in Healy/Denali, lived in and helped run a remote homestead/championship long-distance sled dog kennel, and worked as a veterinary assistant at a local clinic. The love she has for Alaska and dogs, and maybe especially Alaskan Huskies, led her to Trail Breaker Kennel where she is excited to share and spread the love for sled dogs and the lifestyle of dog mushing. In her off time Ida spends every moment possible outdoors adventuring with her three Alaskan huskies – Adele, Latara and Penny. Together they enjoy the great Alaskan wilderness by bike, skis and foot. 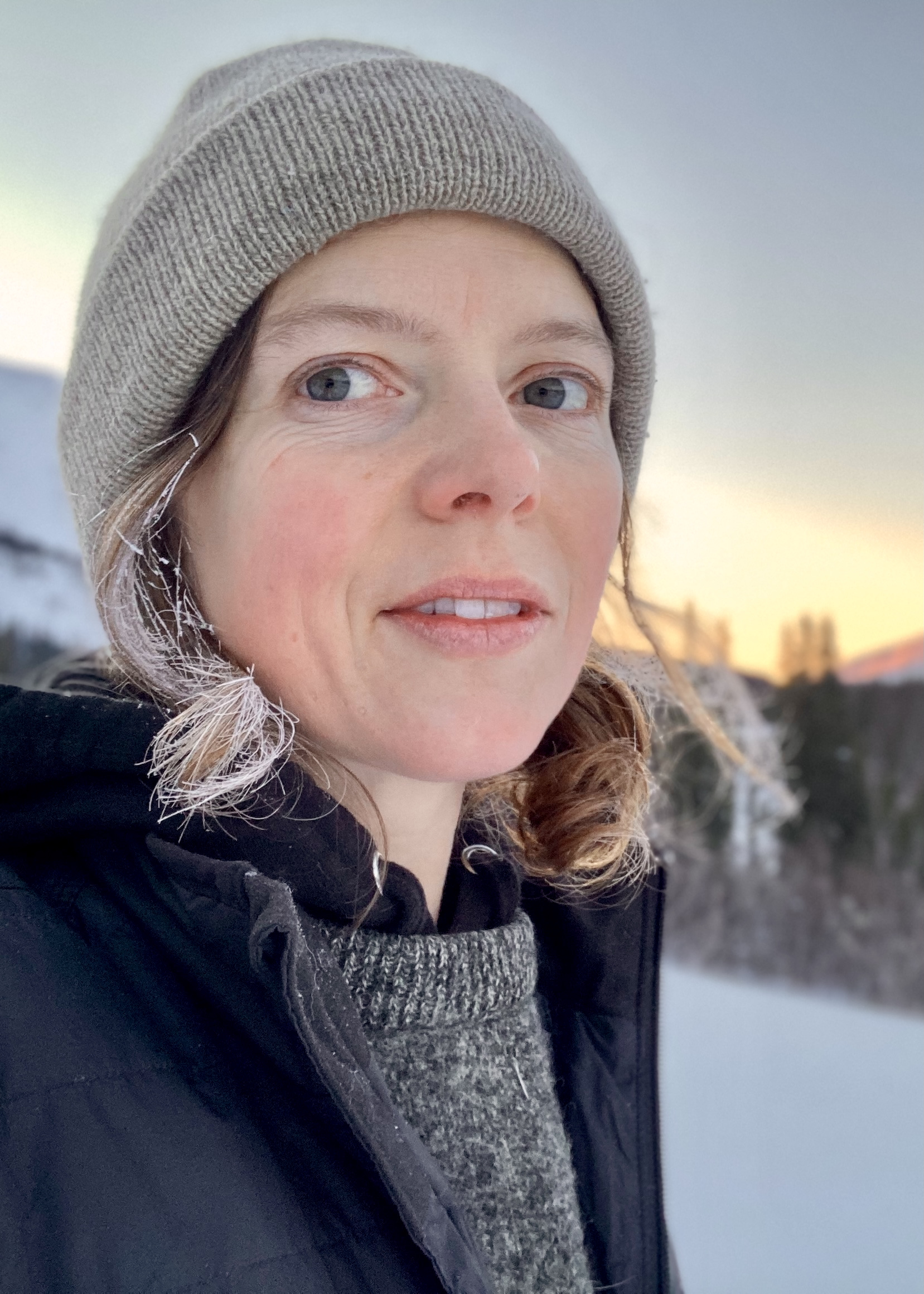 Elena grew up in Minnesota. She first came to Alaska in 2014 and handled dogs for Brent Sass in Eureka, Alaska. While Elena has never had racing ambitions, she has been fortunate enough to help several friends as they trained for and ran the Yukon Quest and Finnmarksløpet. Over the past decade, Elena has spent time as a shipwright, building and carving ice, and working in remote Alaskan camps. 2022 is her first summer with the Trail Breaker Crew and she is excited to be working in such a fun community!

Learn about the huskies in our crew here!